Quavo! The new single ahead of Chi Town Taurus' upcoming 3rd album takes listeners on a Journey for Entrepreneurs, Hustlers and CEOs. 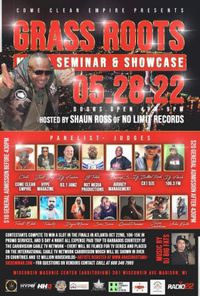 Hosted by Shaun Ross of NO LIMIT RECORDS, Contestants compete to Win a Slot in the finals in Atlanta on October 22nd for $10K-$15K in Promo Services and 5 Day 4 Night All Expense Paid Trip to Barbados courtesy of The Caribvision TV Network. 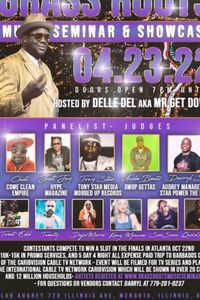 Contestants Compete to Win a Slot in the Finals in Atlanta October 22nd, 2022 $10k-$15k in Promo Services and 5 day 4 night All Expense Paid Trip to Barbados... 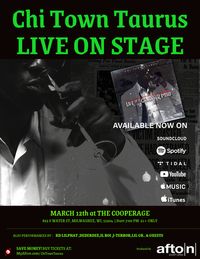 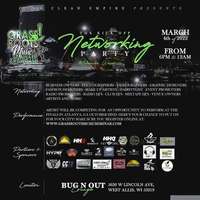 The Kick Off Networking Party 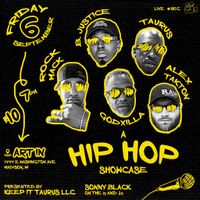 Artistic and creative ingredients by B. Justice, Taurus, Rock Mack, Alex Takton and Godxilla bring down the house in this epic live Hip Hop showcase. Experience exciting Great Lakes Music as the Raw Cone Pirates storm the stage with DJ Sonny BlackOut for an electrifying evening of Hip Hop. 21 and Up, $10 at the door.

Welcome to ChiTownTaurus.com the official website of Chi Town Taurus a recording artist, songwriter, emcee and mogul from the Great Lakes region. On the heels of his first studio album Prison Art, Chi Town Taurus takes an unconventional journey through the music industry tackling the role of advocate and champion for youth issues, and a How To Guide for preventing our youth from spilling into the streets while addressing the lives and well-being of people incarcerated and released back into our communities. As a platform for Entertainment with a higher purpose, the full in depth description of Chi Town Taurus is in his Bio page with news, updates and developments behind the fascinating Story of Chi Town Taurus.

Working on his extensive music library, Chi Town Taurus delivers a wealth of inspiration to document the rise of a new voice and sound clothed in perseverance, advocacy and artistic creative merit. This is a Great American Story you can enjoy from any walk of life. An out of the Ashes tale about a Brighter Tomorrow. Stay tuned to this site as we roll out the latest in updates from his label and music catalog for shows, new singles, album releases, books, art and merchandise. In the meantime you can access all of the social media and streaming links from right here.

Feel free to subscribe to the mailing list for new releases and show updates, and reach out with any inquiry for performances, features, interviews or appearances. Thank you for joining the Chi Town Taurus family with your streams, emails, shares, downloads, listens, comments, purchases and donations. Our goal is empowering each other to empower others and the help that you contribute as listeners is what makes it all possible.

There's always a project that signifies the moment an artist turns the corner and takes their place among other great artists and exceptional music careers. Block Bois R Us is the Chi Town Taurus LP that spawns a new legacy in the music industry.

Dope Boiiii Gang Skit Tape Vol. 1 American Made, Made In America is a mix of Comedy, Improv and Hip Hop! Rap album of the Year. This 11 track LP brings listeners into the world of Johnny Cappuccino and Don Ize from the Evooize De Medici collection Skit Tape series: THE Don Ize SHOW.

Life Of A Gangster PTSD

Electrifying Street Vibe for a Man or Woman of Faith. The second studio album from Chicago artist Chi Town Taurus is a 17 track LP. Very Riveting, Very Compelling and Very Soulful. If you like Gangster Music with a Real dope Street Edge to it, This is Definitely the album for you.

All Eyez on Taurus

Success in the Music Industry comes from being able to Release a Successful Album, and when you look at Prison Art you realize it’s a Successful Album because of the raw and intimate details in introducing an artist to the public. Taurus brings us to confront our most darkest realizations. Welcome to the other side of America.

Not even 6 months after the release of his debut studio album Prison art, Chi Town Taurus has been elected into the London Music Video Festival 2020 with his number one single "On The Deck."

Four years ago, beginning his career as an Independent Artist in 2016, Taurus rapidly rose through the ranks on the Reverbnation social media platform, most famously taking the Number One spot in Chicago and Regional Rap charts and as high as Top 2 in National and Global rankings with his Evooize De Medici collection.

In early 2019, Taurus launched his self titled brand based on the fan mania surrounding his personal life as listeners discovered his bars and creativity mirrored his American Me and Carlito's Way life story that very few artists have actually lived.

The artist mentions that while he was in the Federal Penitentiary he had access to some of Charlie Baltimore’s and K-Solo’s people from the East Coast and some of Dr. Dre’s people as well as Snoop and Warren G’s people from the West Coast.

When asked what was his biggest influence in music Taurus explained that in Prison you witness a lot of broken dreams along side the misery of seeing other people suffer from the paths their lives have taken. “I met Pluria Rice from Las Vegas who Ice Cube had dealt with after breaking away from NWA and people like Clark E from Minneapolis who was a promoter that had experience in dealing with Brandy and Usher during their early stardom. That gave me a lot of perspective to match whatever gifts and talents I bring to the table.”

It’s not an everyday occurrence to meet Chop Sticks Taylor the nephew of famed Queen of Blues and American singer KoKo Taylor or Styles McGhee an associate of Alexander O’Neil, Stokley and Mint Condition or friends of Chico Debarge, but Taurus met them and others and treated them all as mentors and teachers of what to do and most importantly what not to do in the Music Industry.

I think of music more on a Simon Cowell level where it’s “far and away the most complicated project I’ve ever been involved with,” but also “the most exciting, heart-warming and positive thing I’ve ever done.”

The Taurus brand is an entertainment platform where everybody in the world can come along, transcending the normal rules of pop and youth culture. A phenomenon that’s relevant to kids around the world in different ways and creates so many pivotal points of connection and interaction. “I aspire to have a much more extraordinary creative output. My aim is for my brand to be as big as Facebook and Twitter or Instagram, YouTube, Amazon and other giants like SnapChat, Pandora and Spotify.”

Prison Art by TAURUS is An album that Rocks the House and will blow the speakers out of your Car Audio System... And if you throw on your headphones will Rock the Hell out of your Smartphones: The Story of a Chicago native and his journey from the streets of Chicago, the American Prison System and an International Movement.

In today's climate, and I'm neither speaking in regards to weather related events nor global warming. I mean in regards to where we stand as a society? In the past 30 plus years there's been a massive influx into society as men and women reemerge from "Correctional Institutions" around the Country.

Prison Art, the album by the artist known as Taurus, takes you on the first Netflix installment of the entire experience. The culture of America now mirrors the mind state and atmosphere of Prison Culture. Each prisoner having a social circumference of 2-5 associates in their family and friends circle, leaves our communities with more than 5 Million to 12.5 Million acquaintances and relatives connected to anyone incarcerated at any given time.

With 600,000 people being released from various facilities every year since 1985, our daily lives intersect with the more than 24 Million former convicts the U.S. has been home to. Whether your interest is in areas of Prison Reform or more Tough on Crime laws, the numbers are indisputable. From either side of the equation, the pending crisis that such an epidemic presents requires elevated attention.